My Summer in Regensburg

Posted on August 22, 2010 by YourPianoTeacher 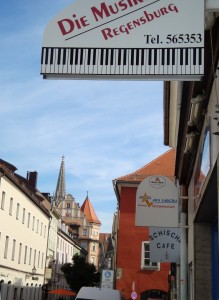 This summer I attended the “Summer in Regensburg” International Music Academy in Regensburg, Germany. The Academy provides two weeks of intense music-making and study to classical pianists and string players from around the world. As a pianist, the Academy provided me with the opportunity to take private and chamber music lessons from internationally acclaimed pianists and teachers as well as the opportunity to perform solo and chamber music works at various locations in Regensburg.

I had been forewarned by my teacher Raisa Isaacs(who is by the way on the Academy faculty), that there was quite a bit of work involved, and she was quite right. In total, I had six private lessons with four different teachers, six chamber music lessons, performed on three different occasions, attended two master classes, went to a workshop about Baroque music, attended more than 10 recital/concerts, and of course, practiced – all on top of a six-hour jet lag! But the experience was well worth the effort.

I was originally somewhat hesitant to show the same pieces to so many different teachers –afraid of the confusion it might cause if each of them offered conflicting suggestions about technique or musicality. But that wasn’t the case. In fact, it seemed that many of the ideas/recommendations of one teacher just seemed to reinforce those of another.  And often they seemed to coincide with things my own teacher has told me in the past. This has then given me a very good idea of what things I should concentrate on in the future. At other times, the teachers provided me a fresh new way of approaching the music, either technically or musically.

One of the things that was completely new to me was playing chamber music. I was assigned Beethoven’s Sonata for Cello and Piano, Opus 102 No. 1. I was coached by Ashima Scripp, a world-class cellist, who was also my partner. Towards the end of the Academy, we performed the first movement as part of one of four all chamber music recitals. As a pianist who generally only performs solos, this was quite exciting to me – it was the chance to experience the collaborative effort and camaraderie of ensemble playing that other instrumentalists probably take for granted.

There were many other great things about the Academy, but the last that I’d like to mention is the location. It was located in the old part of Regensburg, near the Danube river and the Old Stone Bridge. During our “spare” time we could easily take a 5-minute walk to view St. Peter’s Cathedral, a magnificent centuries-old artifact, impressive even to someone who is not a fan of old architecture. Or we could visit the Thurn and Taxis Palace or St. Emmeran’s Basilica. All in all this beautiful old city was the perfect place to celebrate music of the classical masters. 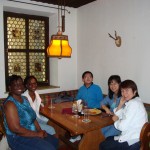 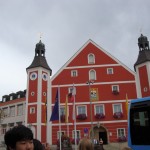 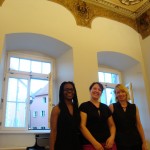 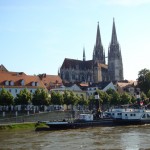 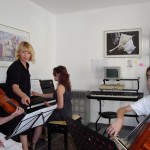 This entry was posted in International Music Academy. Bookmark the permalink.